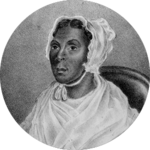 Women with callings to ministry emerged soon after the inception of the African Methodist Episcopal (A.M.E.) Church in 1787.  Jarena Lee, the first preaching woman, was allowed by Richard Allen to preach and was licensed but was refused ordination.  Both women and men sought to persuade the church to recognize the call of women to the preaching ministry.  In 1844, 1848 and 1852, petitions to the General Conference to license women were rejected, and in 1864 the General Conference let a resolution to license women die. In 1888, Bishop Henry McNeal Turner’s 1885 ordination of Sarah A. Hughes as a Deacon in the North Carolina Conference was overturned by the General Conference, but the licensing of women as local preachers was approved though it prohibited them being assigned and defined their role as evangelists.  The Church began ordaining women as Local Deacon in 1948 and Local Elder in 1956 but not until 1960 were women ordained to Itinerant orders.

Efforts since then to affirm the role and equality of women in the A.M.E. Church and to address the need for eliminating discrimination and injustices based on gender were initiated at the 1976 General Conference in Atlanta, Georgia when a position paper written by Rev. Dr. Jacquelyn Grant was presented on the status of women, and the female ministers of the A.M.E. Church met to voice their concerns about the lack both of representative participation in the governing process of the Church and of incentives for females to enter A.M.E. ministry.

When a delegation of women took these issues before the 1977 session of the Council of Bishops in Atlantic City, New Jersey, the Council reaffirmed its interest in women's concerns and supported the creation of an Ad Hoc Committee on Women in Ministry which conducted research on the herstory of women in ministry in the A.M.E. Church and compiled information on the location of women across the Connection.  During the 1980-84 Quadrennium, the Committee began working with the Bishops to have Coordinators appointed to represent the female clergy in their Episcopal Districts.

During the 1984-88 Quadrennium, drafting of Bylaws for AME/WIM was initiated.  The General Board at its 1989 meeting in Houston, Texas voted to establish a 19-member Commission on Women in Ministry.  In 1992 at Orlando, Florida, the 44th Session of the General Conference took the herstoric step of adopting a resolution establishing the Commission on Women in Ministry as a Standing Committee of the General Board responsible for overseeing the Connectional AME/WIM, and approved the Connectional President of Women in Ministry to be seated as an ex-officio member of the General Board.  It also accepted the By-laws governing and empowering the organization to meet and further its objectives which as listed below reflect the revisions proposed for submission to and approval by the General Conference in 2016:

Over the past four decades, AME/WIM has pursued its mission of defining, enhancing, supporting and expanding the presence of women in ministry in the leadership of the A.M.E. Church.  Initiatives have included: strengthening the internal structure and fiscal accountability of AME/WIM; increasing modes of communication, dialogue, and interaction with WIM across the Episcopal Districts; instituting monthly teleconferences with the Executive Board and with the Episcopal District Presidents; disseminating and gathering news and information through an interactive website and social media; restructuring reporting forms and procedures; development of a report card to measure the inclusion of women in ministry on all levels of the Church; publishing updated directories of women in ministry; sponsoring quadrennial conferences; preparing publications, including a reprint of the journal of Mrs. Jarena Lee, as well as documentary herstories of the organization and of individual women in ministry; contributing to the  April-June 2010 edition of the AME Church Review which was dedicated to A.M.E. Women in Ministry and Leadership; printing newsletters which are now in digital format; By-law revisions; taking leadership in developing legislation revising the Church’s Clergy Misconduct Policy and including it in the Doctrine and Discipline, as well as increasing the age of persons entering the itineracy; inclusion by legislation of the Connectional President in the Doctrine and Discipline as a voting member of the General Conference as well as listing AME/WIM among the General Conference Committees; initiation of the Jarena Lee Foundation to offer support and assistance on a global level; commissioning of two official AME/WIM hymns and an image of Jarena Lee; establishing a campus chapter at Payne Theological Seminary; pilgrimages to the grave site of Mrs. Jarena Lee in Lawnside, New Jersey; and membership on the National Council of Churches of Christ in the USA/Women in Ministry, and the United Methodist Church Commission on the Status and Role of Women.

AME/WIM celebrates the increasing number of women in ministry in the AMEC; the diversities of ministries which they are performing; the appointment of women to the pastorate, and to major charges; the number of women clergy holding Annual Conference offices such as Dean of the Board of Examiners and serving on the Board; membership on committees such as the Finance Committee; the inclusion of women as worship leaders, preachers and teachers at Conferences and Connectional meetings; the growing number of female Presiding Elders; the seating of women in the General Board; and the greater presence of women in the Episcopal District delegations to the General Conference.  We were proud to support and participate in the herstoric elections of Bishop Vashti Murphy McKenzie (117) in 2000; of Bishop Carolyn Tyler Guidry (122) and Bishop Sarah Frances Davis (126) in 2004; and of Rev. Dr. Teresa Fry Brown as Historiographer/Executive Director, Department of Research and Scholarship in 2012.

Yet we recognize that our mission calls us to keep pressing to eliminate sexist and discriminatory practices and that we must continue to raise our voices until there is full equity and inclusion of women in ministry in the life, ministry, and leadership of the A.M.E. Church.  To this end, AME/WIM calls for the 50th Quadrennial Session of the General Conference, during this commemoration of the 200th anniversary of the A.M.E. Church, to elect to the Episcopacy in 2016 female candidates who have demonstrated their call, aspiration, and qualifications to serve in the highest office in the A.M.E. Church.

Time Line of Women in Ministry in the AME Church 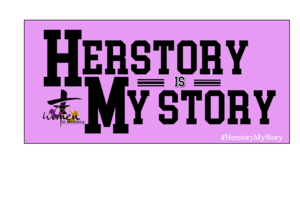 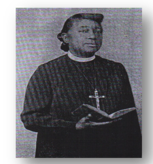